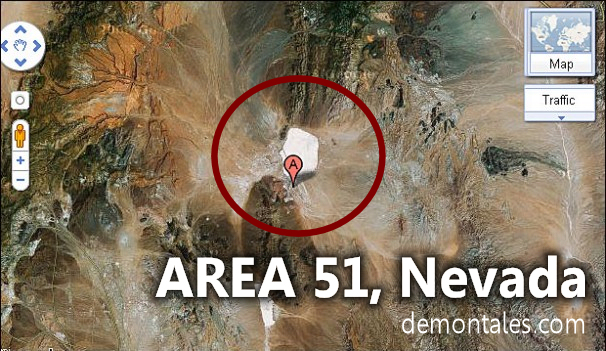 On August 15th, 2013 some documents from the US military base ‘Area 51’ in Nevada have been declassified. Since the 1950s, the secret base has been the center of a plethora of conspiracy theories concerning stories of UFOs, extraterrestrials, and other secret government projects. Nestled on the southern shores of Groom Lake in Nevada, it’s existence has been adamantly denied by government officials for years.

Although some documents were declassified about 20 years ago, there was still some pages missing. Thanks to a Freedom of Information Act filed by the National Security Archive at George Washington University, the document has now been fully declassified.

These freshly released documents claim that the base was used to test U-2 and other spy planes. This could account for the large number of UFO sightings in the vicinity, as the government was flying and testing strange looking aircraft. Officials in government say the base was kept a secret for so many years due to security issues:

“Area 51 was created so that U.S. Cold Warriors with the highest security clearances could pursue cutting-edge aeronautical projects away from prying eyes,” National Geographic writes.

On the over 400 pages of declassified documents, there is no mention of UFOs or aliens.

Is this a coverup? Maybe. Are there still hidden secrets locked away in Area 51? Most likely. Could there be recovered UFOs and alien bodies still stored deep within the fortified base? Only time and more declassification will tell the true story of what goes on in the labs and hallways of Area 51.

In the meantime, at least some progress into the unknown has been made. For years they denied it’s existence. But it was real all along.