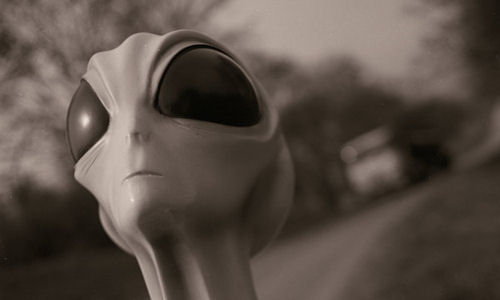 Some of the NSA documents leaked by NSA whistleblower Edward Snowden claim that the United States has been secretly run by a race of human-like aliens known as the ‘Tall Whites’ since the 1950s. The extraterrestrials are also said to have helped Nazi Germany rise to power in the 1930s. The Tall Whites are said to influence – and in some cases, even outright control – the USA’s domestic and international policies.

So, how exactly did this happen?

According to the leaked documents, the Tall Whites first arrived on our planet back in the 1930s. Attracted to power, they first helped Nazi Germany establish it’s iron grip on Europe by helping them engineer advanced submarines and other assorted technology. Under the watchful eye of the extraterrestrials, Germany was able to rise to power… and we all know what happened from there. The Tall Whites then went on to meet with US President Dwight Eisenhower in 1954 where they established their foothold over another world superpower: The United States of America.

As of right now, the documents claim that President Obama is currently involved in a powerful power struggle between the “Tall White/USA alliance” and some “unknown forces”. The report goes on the say that the Tall Whites are currently working with the US Government to build a global electronic surveillance system which will hide all true information about their presence on Earth. It is said the Tall Whites are planning their ‘final phase’ where they will establish their dominance over the entire planet.

Russian’s FSB spy agency has confirmed the Snowden leaks and have their own reports on the matter. Additionally, Paul Hellyer, the 1960s Canadian defense minister and UFO activist has confirmed the accuracy of Snowden’s leaks stating that he has had encounters with the Tall Whites during his government term.

For those interested in learning more: Nuclear physicist Charles Hall, will be appearing on the Coast to Coast AM radio program this Monday January 20th 2014 to discuss the Tall Whites. Hall was assigned to Nellis Air Force Base between 1965 and 1967 and experienced a series of encounters with the Tall Whites. He claims the Tall Whites have a powerful influence over world affairs.

As always, we will keep you updated on this story when we hear more.

So, what do you think? As always, leave your replies in the comments below!