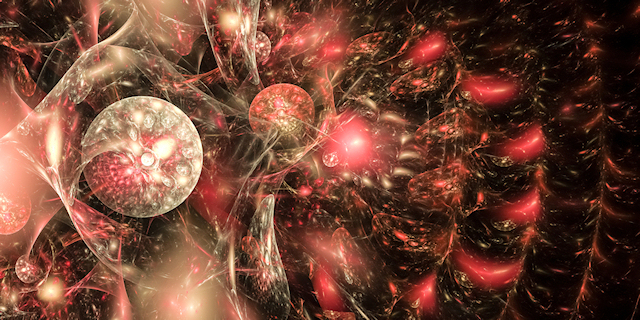 The multiverse is a hypothetical set of numerous universes, including our own. This multiverse is the entirety of everything that exists – time, matter, energy and physical laws. These universes, also called “parallel universes”, exist independent of one another for the most part, but from time to time strange events have us wondering if perhaps we may have briefly crossed over into a different reality…

What Exactly is a Parallel Dimension? 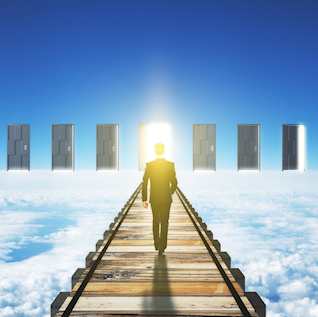 But is there any scientific evidence to support Parallel Dimensions Exist?

Yes. Among other articles is a 2012 Space.com article listing 5 possible scientific explanations arguing for the existence of parallel universes. Of these, my favorite explanation postulates that time is an infinite flat circle. Since an infinite flat circle must start repeating at some point, there are a resulting infinite number of universes to correlate. “Evidence” of this is based on the idea that the “observable universe extends only as far as light has had a chance to get in the 13.7 billion years since the Big Bang (that would be 13.7 billion light-years), the space-time beyond that distance can be considered to be its own separate universe. In this way, a multitude of universes exists next to each other in a giant patchwork quilt of universes.” Got it?

There is not currently scientific consensus on the probability that the Multiverse exists beyond science fiction, yet there are many individual scientists and physicists convinced that such a view of the Universe(s) is the only way to go. Hugh Everett III formulated the Many-Worlds theory in the 50’s, and among those who support the theory or some version of multiverse theory include Stephen Hawking, Max Tegmark, Leonard Susskind, and Neil deGrasse Tyson among others.

The Mandela Effect is a name given to the phenomenon of the collective “misremembering” of specific facts or events. The Berenstain Bears are remembered as the Berenstein Bears. Others have “seen” a movie titled Shazzam in which actor Sinbad portrayed a genie that does not exist. The name “Mandela Effect” itself comes from MILLIONS of people “remembering” that Nelson Mandela died as a political prisoner in the late 80’s, even though he became the President of South Africa on May 4, 1994. Various explanations are provided. Some simply say that people have bad memories or are making correlations in the mind that aren’t there. Others suggest governmental misinformation campaigns.

But What if The Mandela Effect is a Result of Parallel Universes Crossing?

Let’s assume for a moment that parallel universes do exist. Would it not be possible for crossover of facts, items, even individuals? Even further, What would happen if the universes were pulled slowly together by gravity or some other force? Given that the explanation of the birth of the universe still lies within some form of a big bang, resulting in sending the universe outward, it would stand to reason that at some point it will begin to contract, as would the Multiverse(s) around it. Confused yet? Just wait.

The Cern Hadron Collider: Unraveling the Threads of the Universe 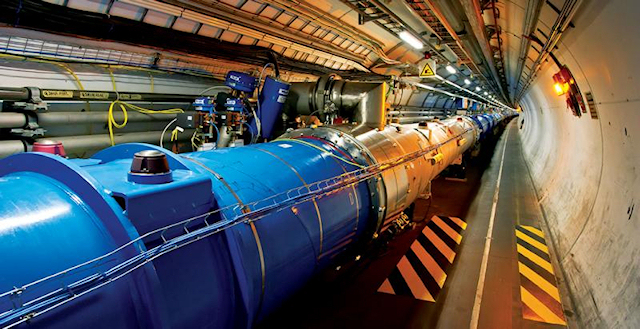 When viewed in this way, it’s not a leap to consider as so do the CERN Hadron Collider may be part of a governmental effort to quite literally mine resources from other dimensions. What?! Resources are finite and at current rates, many of the resources we use to survive are rapidly running out. The solution? True to Capitalist form, take it from somewhere else. While this may sound like the plot to Stranger Things consider, US Secretary of Energy Ernest Moniz admitted the government researches higher dimensions. The Secretary of ENERGY.

The CERN Hadron Collider is Pulling in Parallel Dimensions, Causing the Mandela Effect

So far, we’ve considered the basics of parallel dimensions or parallel universes, Multiverse Theory, the meaning of the Mandela Effect, and the CERN Hadron Collider. Let’s now consider: what if they all are related. Here’s How:

1) The CERN Hadron Collider is exploring the fundamentals of space and time, including parallel dimensions.

2) We do not have a full understanding of the CERN Hadron Collider.

3) The CERN Hadron Collider is pulling in parts from the Multiverse into each other.

4) The Multiverse is experiencing overlap.

5) The Mandela Effect is a result of this overlap. People aren’t remembering wrong: they have different memories, either from information spill across the multiverse, or actual travel, whether intentional or accidental, between parallel universes within a given Multiverse.

While none of this can yet be proved, it’s certainly interesting to contemplate. And while scientists are still figuring all this out, it’s often good to remember that truth can often be stranger than fiction.

Article Written for Demontales.com by Bryan Jerome
Bryan Jerome is a freelance writer and musician in Raleigh, NC, active in organizations such as the IWW, Crape Myrtle Festival, & Carolina Philharmonic. He is quite insistent that it is “BerenstEin”.
« You Won’t Believe This Mermaid Footage