Ever since the early 1800’s, residents in and around Lake Pepin in Lake City, Minnesota have reported sightings of a sea monster. Fittingly enough, they call him Pepie.

The first sighting of Pepie occured in April 1871. The individual who spotted the monster reported that it had a solitary hypnotic red eye and a demon like head. 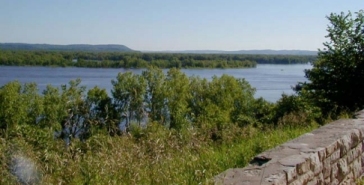 For the last 100 years, people have attempted to capture Pepie on camera, with little to no luck. In an attempt to capture the monster on film once and for all, a man named Larry Nielson is offering a $50,000 reward for undisputed photographic or scientific evidence of Pepie.

Nielson himself has reported spotting the elusive monster at one point in time. It fascinated him so much he is now offering a money reward for any brave souls who dare track down this mysterious beast.

You can click here to read the entire story and learn more about the $50,000 reward.