Venus Transit – Once in a Lifetime Event 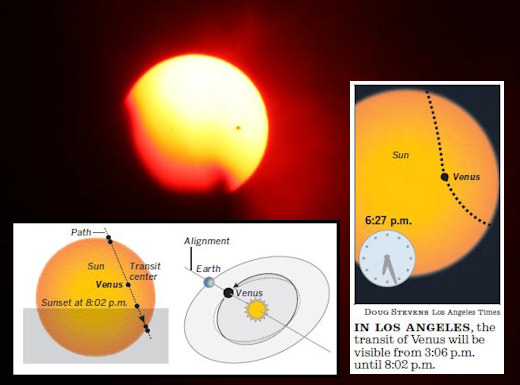 The Venus Transit is a once in a lifetime event in which the planet Venus crosses the face our of Sun and appears as a tiny, little black dot as it aligns with us and our sun. And it’s happening right now, June 5th and 6th.

The transit occurs due to the fact that Venus’s orbit is titled 3.4 degrees relative to Earth, meaning this rare beautiful cosmic event only happens about 4 times every 243 years. The next one won’t happen for another staggering 105 years, so don’t miss it!

While you can’t look directly at the sun to witness the event since it may do permanent eye damage, there are special telescopes which can be used to view it. Here’s a video by Science at NASA which explains the event and why it’s so important to astronomers and scientists: